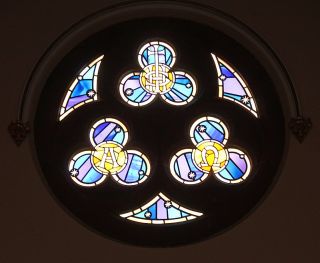 There’s been a long-stated conviction among conservative Christians, particularly evangelicals, that the path out of the West’s current predicament requires their active re-engagement with culture, the now regnant, post-Christian secular culture, with the ultimate aim of restoring Christianity to some preeminent place in American and Western culture. But given secular culture’s largely hostile regard for all forms of Christianity, particularly evangelicalism, is this even possible?

Almost a quarter millennium ago, the term “Ottantotist” (literally, Eighty-Eighter) was invented to describe French reactionaries who doggedly and vehemently insisted that the clock somehow could be turned back on the 1789 French revolutionaries.  The late American political philosopher Peter Viereck borrowed that term to describe American reactionaries suffering from similar illusory thinking.

I particularly relate to this term having spent 29 years as a Cooperative Extension professional writing extensively about the implications of invasive species to Southern forests, croplands and pasturelands.  I’m well aware of how such infestations, after wreaking considerable havoc for a generation or so, eventually establish a sort of equilibrium within the ecosystem over time, acquiring a permanent niche.

After that line has been crossed there really is no turning back:  The effects of these invaders only can be mitigated; they cannot be reversed.

Restoring a status quo ante is simply impossible in a complex, vastly extended  ecosystem, whether the interloper happens to be human, plant, mammal or insects.

The historically Christian West has been beset with its own invasion over roughly the last two-hundred years: a secular one.

Secularism, has moved far beyond its beachhead and now functions as the unifying ideal of Western culture. The Christian culture of the West now comprises an embattled remnant. Indeed, far from any sort of resilient cultural beachhead with a real prospect of staging a comeback, Christian culture more closely resembles Chiang kai-shek‘s besieged Nationalist fortress on the peripheral island of Taiwan, though lacking anything resembling the backstopping that Chiang enjoyed from the United States.

I recall a remarkable observation offered years ago by the late Oregon State University religion scholar Marcus Borg that illustrates the increasingly marginalized status into which Christianity has fallen. He noted how his students would undergo a discernible change from engagement to one of disengagement and even hostility whenever the classroom topic switched from, say, Hinduism or Buddhism to Christianity.

This hostility has grown from several deep roots, though much of it can be traced to advances in textual criticism and evolutionary sciences.  In material terms, these two advances have carried humanity a long way, but by removing much of the adhesive that has bound together the civilization of the West, they have produced catastrophic effects too.

I am not a conventional Christian.  In fact, I count myself a nontheist – I won’t go to the trouble here of explaining all the differences between atheism and nontheism. Suffice it to say I believe that everything that we have achieved, including our insights into transcendence, has been the result of a network that has developed over eons and that has grown primarily out of language, writing and technology, all of which are fused in this network and, as a result, create a kind of synergistic effect. I have come to call this networking the Non-corporeal Human Exoskeleton, because this dense networking of language, culture and technology enshroud us, much as shells do crustaceans, providing us with all manner of sustenance and protection.

Religion has historically been bound up this network and has afforded humanity all manner of advantages in terms of providing a sense of purpose and keeping all of the psychological furies and common human fears at bay.

This networking amounts to scaffolding – in fact, that term more or less could be substituted for network or exoskeleton to underscore how everything in existence is contingent on everything else.

The Christian faith afforded European civilization invaluable scaffolding.  But with the destruction of much of this scaffolding,  I’m not that confident that we will ever manage to put anything of equal and enduring value in its place.

So much of this scaffolding was bound up in Christian dogma.  The promise of an afterlife and the fear of eternal damnation for egregious offenders provided an integral, if not essential facet of this scaffolding. These unique facets of Christianity, despite the enormous psychological burdens they imposed on millions of adherents, arguably breathed life into the faith and provided it with its strongest and most enduring scaffolding, at least, until the mid-19th century.

Textual criticism and evolutionary science have challenged this.  In the minds of of the most culturally influential members of Western society, these advances put a lie to the faith.

Nietzsche, as memory served, believed that this destruction of old scaffolding would clear space for well-integrated humans who would put aside the old slave morality of Christianity and construct a new ethos more aligned with humanity’s true character and better equipped to maximize human potential.

Some technophiles and techno-utopians even have expressed the fervent hope, if not certainty, that advances in Artificial Intelligence will enable us to construct a viable alternative.

The faith tradition that provided the unifying idea for Europe beginning in the Fourth Century conferred all manner of advantage on the culture of the West.  But the scaffolding on which this civilization was built is facing structural collapse.  And this has led many of these West’s leading public intellectuals to wonder if these structural deficiencies will lead us into another dark age.

Whatever the case, it seems painfully evident to many that Humpty-Dumpty is broken and that despite the most fervent hopes and best efforts of well-meaning people to reassemble him, he is ruptured beyond repair.