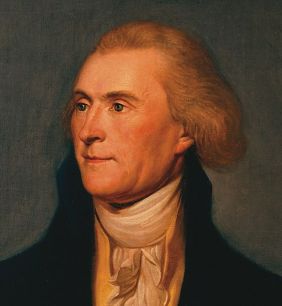 The American Thinker recently painted a disturbing picture of the American future.  We are embroiled in a Civil War – for now, a cold one, though one that bears many hallmarks of one that eventually could run hot.

And from my perspective as a conservative, the left seems implacably opposed to compromise.  And why shouldn’t it be?  They control most of the institutions that define cultural hegemony:  the mainstream media, the arts, popular entertainment and higher education, not to mention, elements of the so-called Deep State.   As I have argued in this forum many times, a Democratic victory last year would have sealed its victory.

The rancorous divisions in this country have prompted some thoughts about an observation Jefferson offered throughout the post-revolutionary period of American history. He presumed that this continent was too big to encompass one American nation. He expected that settlers, as they spanned across broad American continent, would establish several republics, though all of them would share mutual affinities.

That was not to be.  As it turned out, our forebears essentially hewed a kind of middle way between the ideals of Jefferson and his arch ideological rival, Alexander Hamilton. We have tended to place great emphasis on the Jeffersonian fixation with individual liberties, while tacking more closely to the Hamiltonian ideal of a centralized federal union.

And I wonder: Could the case be made that this push toward centralization has simply prolonged the inevitable? Isn’t it natural for a country this big to develop distinct regional identities, even fissiparous ones? Would we be getting along better on this sprawling continent if we had been allowed to develop several polities, albeit with strong shared mutual affinities? 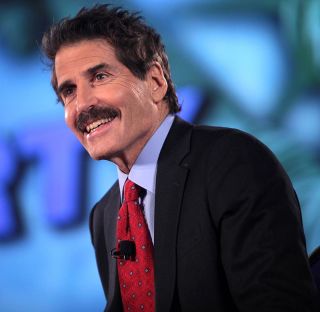 Libertarian author and pundit John Stossel is mystified by all the smack talk about secession.

“Why do so many people see secession as such a terrible thing?” he asks.

Stossel cites the recent Catalonian push for secession, stressing that the struggle is about Catalans taking charge of their own affairs.  As he stresses, no government is perfect, but local governments, generally speaking, are “more responsive to the needs of constituents.” Moreover, by keeping government closer to home, citizens secure a greater likelihood of keeping their governments under close watch.

So, why all the agonizing over secession? he asks.

Short answer:  because the people in charge of big governments are seldom willing to give up power.

I wholeheartedly agree with Stossel: Why is secession such a terribly unspeakable word among so many of us? As he stresses, secession is by no means alien to the American experience. Indeed, the United States is an outgrowth of a secession struggle against the British Empire.

But I wonder: How many of us are aware that the the post-constitutional United States is a product of secession, too?

Madison once referred to this secession as the “delicate truth” behind the current American union. In effect, 11 states seceded from the union of states founded on the Articles of Confederation to form the present union. Recall that Rhode Island and North Carolina had refused to accede to the new Constitution and were still out of the union when George Washington took the oath as the first president of the United States on March 4, 1789.

Whether we remain in one confederacy, or form into Atlantic and Mississippi confederacies, I believe not very important to the happiness of either part. Those of the western confederacy will be as much our children and descendants as those of the eastern, and I feel myself as much identified with that country, in future time, as with this; and did I now foresee a separation at some future day, yet I should feel the duty and the desire to promote the western interests as zealously as the eastern, doing all the good for both portions of our future family which should fall within my power.

I concluded a long time ago that the American Experiment has essentially amounted to a forlorn attempt to force one part of the country to meld culturally and politically into the rest. And it hasn’t happened – not after almost a quarter of a millennium. Yes, I would like to see us soldier on as looser federation sharing common market and defense.  There are legitimate geopolitical threats, after all.  But this business of forcing a nation as geographically and culturally diverse as the United States to march in ideological lockstep is madness, sheer madness.

Elites are apparently having a hard time coping with the phenomenon of “identity awakening.”

In a recent column, Ramón Luis Valcárcel, vice-president of the European Parliament, follows a predictable path: Catalonian nationalists are “undemocratic” – they even evince authoritarian traits – and threaten the peace of Europe (even though they aspire to be a part of the European Union). Indeed, he goes so far to contend that secession doesn’t even constitute a legitimate undertaking in a state that meets all of the hallmarks of a democratic one (Spain, in this case). And, of course, add to that the suspicion of Russian collusion – the secessionists are “aided by pro-Russian bots of the stature of Julian Assange.”

I was also a bit taken aback by the use of “deplorable” early in the text.

Finally, the writer conveniently forgets that the vaunted Spanish experience, while purportedly democratic now, carries the painful memories of Francoism, during which Spanish national identity was rammed down Catalan throats.

Yet, I suppose we can derive some solace from what has just transpired in blue-state California, where Gov. Jerry Brown just signed a bill into law establishing California as a sanctuary state.

It appears that decentralist tailwinds are sweeping all over the world.

The greatest of all national centralizers,  Old Abe Lincoln,  must be rolling in his grave. With the signing of this bill, America seems to have come full circle to the spirit of Jefferson, Madison, and yes, perish the thought, John C. Calhoun, the ultimate red-state deplorable and the philosopher of nullification doctrine.

But that’s okay.  Old habits die hard, and despite all the best efforts and fervent wishing of the European and American ruling classes, the basic human passion for local affinity and identity invariably trumps – no pun intended –  centralism.

As a close friend of mine brilliantly observed, sooner or later everyone eventually embraces his or her inner Calhoun.